I want to break up with you. After all, you’re a cheat and a liar. But I’m not going to let you off that easily. Why? Call me foolish, call me naïve. But I have to believe that there is good in you yet and I’m going to stick with you, through better or worse. 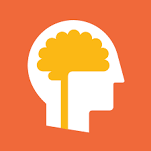 And now, it’s definitely worse. It’s been a couple of months since the truth came out – that you “deceived consumers with unfounded claims that Lumosity games can help users perform better at work and in school, and reduce or delay cognitive impairment associated with age and other serious health conditions.” Ouch. This from no less than the Federal Trade Commission. They saw through your deception and fined you millions for it. I wish I could say I saw this coming, but my feelings blinded me.

And I did come to you with many strong and deeply-felt emotions but you decided to prey upon my fears – of not performing at my peak, of growing old, of my brain not working as quickly or well as it used to, even of developing serious health issues like Alzheimer’s disease. I was at a vulnerable point and was desperate to believe in you and your overblown claims. Looking back, it’s hard to imagine that I fell for it, actually thought that you could help me turn back the clock. But it felt so good to play your little games, to believe that I could change for the better. You seduced me.

The Standard Center for Longevity saw the warning signs back in 2014 – they issued a Consensus Statement on the brain training industry from the scientific community, stating that the industry lacks any compelling scientific evidence that their products will reverse cognitive slowing and forgetfulness, improve everyday functioning, or help to prevent dementia. But I ignored the red flags, believing that, for me at least, you would be different.

Can anyone ever really change? I have to believe it’s possible because, despite the betrayal, I believe you could be so much more than you are, Lumosity. And I think there are concrete steps you could take on the road to redemption.

First, get some real scientific validation. It’s possible you don’t know this, although it seems like you have a bazillion scientists working for you, but saying something is science-based SHOULD MEAN that you and other independent scientists have conducted rigorous scientific studies on your own brain training games and show with A HIGH DEGREE OF CERTAINTY that your actual products generalize to real life – that means, remembering where I left my car keys, performing better at work or school (not just on your computer games), or showing actual biological signs that the ol’ brain is working better. With all your money and all your testimonials (solicited through contests that promised prizes), you don’t have a bit of data that the FTC considered compelling. You need to turn this around.

Second, consider an open relationship. Lumosity, let’s see other people. You’re not meant to be in a monogamous relationship. Even with scientific evidence, why would you ever think you could make a person smarter, happier, and healthier, all on your own? You do best when you’re a really good friend – dare I say a fling? – to a person already in a committed relationship. Take for example my relationship with exercise. The single best “treatment” for physical and mental deterioration is physical activity. I’d like to focus on this relationship, and others probably should, too. Why don’t you just offer to help out on the side, give us something fun and engaging to do in our down time. You’re supposed to be a tool – and I don’t mean that kind of tool. I mean a tool that we can use when we need it, to complement the other tools we use to live well.

Third, stick to what you’re good at. You’re good at creating brief and engaging games, but you’re also really good at generating interesting data and connecting people since you’re digital. Focus more on mining that data to create more effective products, and better yet, foster the creation of communities that help people make all-around healthier choices. Instead you’ve been focusing on creating co-dependent relationships. Someone has to break it to you, so it might as well be me – screen time can only take you so far. You and other kinds of health technology need to rethink your approach. Stop taking our time, distracting us and instead get out of the way and help people spend their time well and in healthy ways. My friend Time Well Spent has been talking to me about that, and has really helped me think through my relationship with you.

So, Lumosity, I’m giving you a second chance. I know people often say – it’s not you, it’s me. Well, this time, it’s definitely you. I hope you will rise to the challenge.