I just attended the second annual Entertainment Software and Cognitive Neurotherapeutics Society (ESCoNS) conference. Say that five times fast.  This conference brought together people in the gaming world with cognitive neuroscientists. I went because I’m developing (and testing) an app that I believe can help people reduce stress, worry, and anxiety in their lives. In addition to more deeply exploring how to make mental health truly fun, I felt that I was seeing the future of mental health unfolding before my eyes. 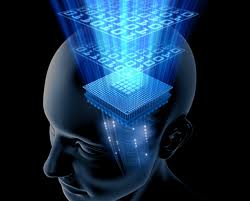 Here are four ideas I think will change how the field of mental health will look in a decade (or less):

1. Mental health care WILL BE gamified. The mobile revolution and app zeitgeist have changed how we get things done. We want an app for everything because we want our life mobile and streamlined, and the minute we think we want to do something, we want a device to help us do it. We also are trusting ourselves (and our networks) more and professionals less. This is the self-help movement taken to a new level. If we can seek mental health support on our devices rather than through a professional, more of us will do so. This plays into our growing tendency to feel more comfortable with devices than with others – this may be good or bad, or somewhere in between, but this is how it is.  I believe that it is not whether mental health care will be gamified, it is only a question of how and when.

2. Fun will motivate mental health treatment seeking. Scientists interested in human beings understand how to break something down into its component parts (whether an idea, a behavior, or a biological response) to study it, but scientists are not trained to construct something that is fun and that motivates people to come back again and again. That is art and intuition, combined with a lot of experience and good old-fashioned luck. If we want to reach the greatest number of people, and help them integrate mental health interventions into their lives, we need to make mental health fun.

3. Training your brain….with video games? The idea that you could train your brain with video games is still perceived by many to be in the realm of science fiction. But if you think about the fact that every experience we have, particularly repeated experiences, change our brains – why wouldn’t a video game? This reflects the important concept of neural plasticity – that the structure and function of the brain is malleable and changeable not just in childhood, but throughout the lifespan. In addition to games that can train different abilities (e.g., attention in kids with ADHD) technologies like virtual reality are being used as safe and effective ways to treat everything from addiction to post-traumatic stress disorder.

4. The Emotional Brain is a “buzzing” target for intervention. In the 20th century, psychology was dominated by cognitive theories of how the brain works and what causes mental illness. Emotion was a little blip on the screen, an irrational irritant to the otherwise rational, predictable, and orderly domain of the thinking mind. Now, that irritant is an increasingly important focus of research. For example, not much more than a decade ago, economic decision making was understood as a “rational” process. Now it’s assumed that emotions influence our decisions, for better and for worse, and the task is to figure out how. The effect of emotion is not “irrational.” Rather, it reflects the fundamental integration between our ability to feel and to think. Without one, the other is deeply impoverished. As an emotion researcher, my colleagues and I are happy everyone has caught up – it’s about time! Emotions are the engines of our lives – and of psychopathology. No real living happens in an emotional vacuum.

It was clear to me from the conference that there is an emerging field in which the gaps between clinical psychology, cognitive neuroscience and entertainment are being bridged. This field is fundamentally interested in the emotional and social brain and “healthy emotional brain architecture” will be the goal of many computerized, gamified interventions. Increasingly, people predict a (near) future in which games will routinely be prescribed in the doctor’s office, and may eventually replace the office visit. If we can change our emotional brains, we can change ourselves. At least, that’s what many are counting on.