Precisionism or: How Women Can Rule the World

I’ve been thinking a lot lately about what it’s like to be a woman in the male-dominated worlds of technology and academia. I have a foot in both worlds and have noticed an uptick in discussion about how women are, unintentionally, holding themselves back. Excessive perfectionism might be one of these self-imposed barriers.

But there is a form of perfectionism – what I term Precisionism – that is instead a source of persistence and power in women, and should be cultivated.

Perfectionism seems like it should be a good thing, but from a psychological standpoint, it has a dark side. Perfectionism is defined as “the setting of unrealistically demanding goals accompanied by a disposition to regard failure to achieve them as unacceptable and a sign of personal worthlessness.” Clearly, this is a perfect storm of self-defeating beliefs, and doesn’t leave room for growth. Many argue that women have this toxic form of perfectionism in spades, indeed are socialized to think of themselves as failing if they aren’t 100% perfect. My friend Reshma Saujani gave a great TED talk on this dark side of perfectionism in women.

That isn’t, however, all there is to perfectionism. Toxic perfectionism can be dispensed with and what’s left over – striving towards excellence – can be amplified and cultivated in women.

This is what I call Precisionism and it has three guiding principles: 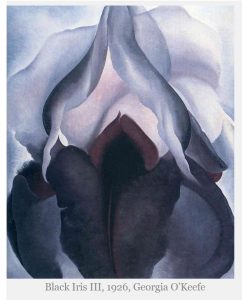 As much as I’d like to take credit for coining the term Precisionism, in fact the first art movement native to the U.S. was called Precisionism. Characterized by sharply defined, almost photo-realistic images, Precisionism had a huge impact on other far-reaching artistic movements such asmagic realism, pop art, and photorealism,  Precisionist artists include Charles Demuth and perhaps more famously, Georgia O’Keefe.

Precisionist artists were visionaries, trend-setters, and disrupters. They were thought leaders. We need more Precisionists in the world today.

But let me be clear. While cultivating Precisionism, we should still place a high-powered microscope over how we raise and socialize our girls. There is compelling evidence that women’s professional progress can be slowed in extremely subtle, almost invisible ways. There is also good reason to believe that girls are socialized to play it safe for fear of failure, whereas boys are encouraged to shoot from the hip, do things by the seat of the pants, bravely “jump off the jungle gym.” There is face validity to this idea. For example, men will apply for jobs that they are only 60% qualified for. Women won’t apply unless they meet almost all the qualifications.

However, I read this statistic differently than many would. Some may call men in this case brave, bold, and confident. I call them sloppy. I don’t think that women should “lean in” and apply for a job for which they’re barely half qualified. Instead, they should cultivate Precisionism, apply for a job they’re 75% qualified for, crush the job interview, and grab that job by the horns.

Is rigid perfectionism holding some women back? Certainly, but the solution to this problem is NOT to shoot from the hip, put style over substance, or make mistakes because you’re moving too quickly or are under-qualified for a job. The solution is to cultivate Precisionism. We as a society are suffering from a serious shortage of Precisionism and we need to infuse MORE, not less, Precisionism into our professional and civic lives. When people say, “It would be great if women ran the world” I think this is part of what they mean.

We are in the midst of a paradigm-shift in which we are refusing to ignore the glass ceilings women face, and women are on the rise in politics, culture, business, and technology. Women — let us be brave and refuse to disavow one of our signature strengths, Precisionism. After all, it’s no coincidence that women are [almost] always right.